A companion app for Need for Speed Rivals that allows players to interact with the game in real-time. 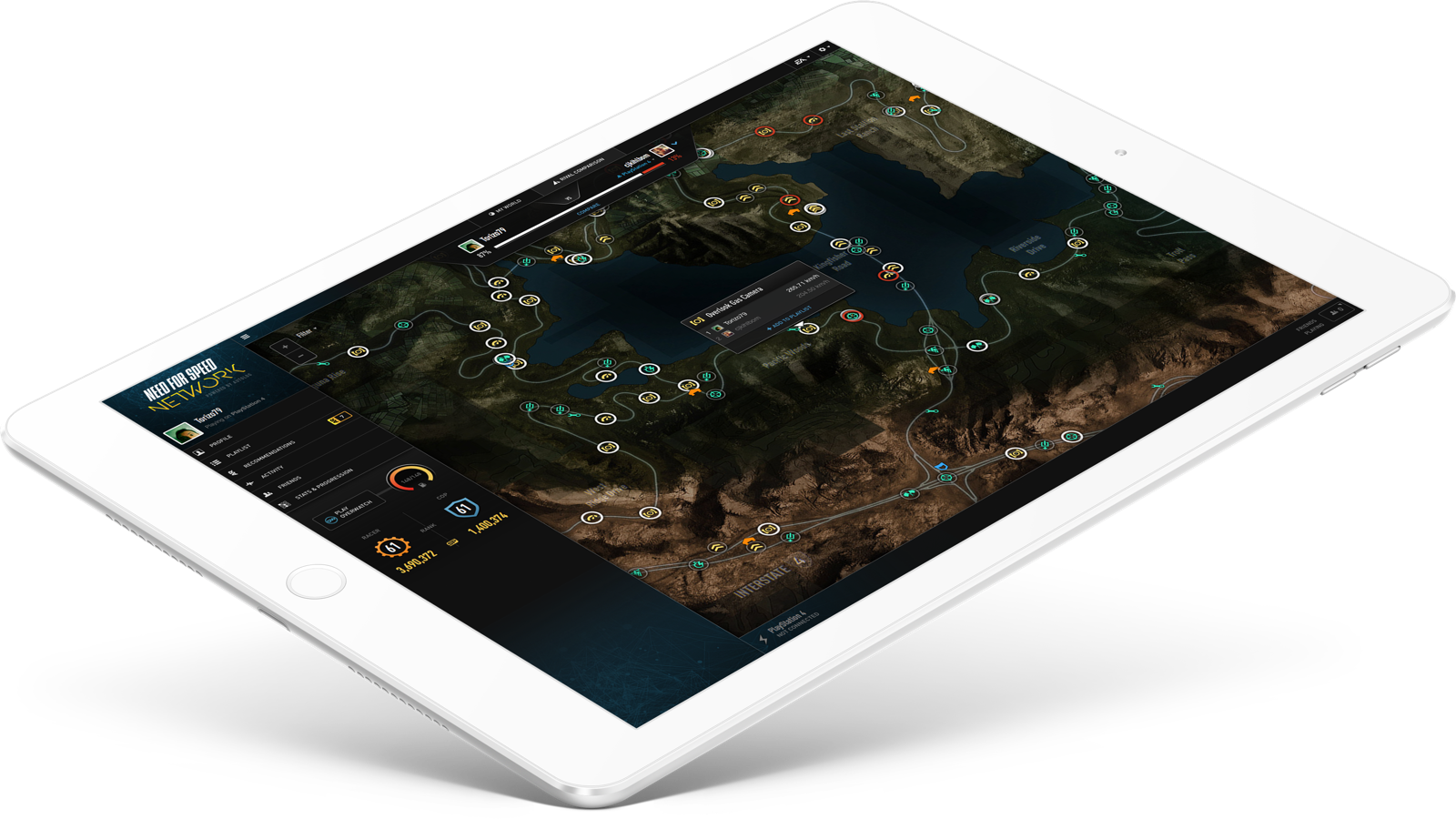 When Gothenburg-based Ghost Games was annonunced as the new development team in charge of world renowned racing game franchise Need for Speed, they reached out to Varvet for help. In order to enhance the game experience, and to drive engagement, they tasked us with creating a companion app for their upcoming game, Need for Speed Rivals.

Varvet collaborated closely with Electronic Arts and Ghost to develop web and mobile applications for Need for Speed Rivals from scratch. The biggest challenge was to build an application that added value and that lived up to the high expectations from faithful fans of the game series.

The companion app was focused in large parts around the world map from the game. Navigating the map users could follow their in-game progress, with missions, speed-records, lap times and more dotted around the world. You could also compare your progress with that of your friends.

The app even had its own progression-based mini-game called Overwatch. In Overwatch mode users could interact with the game, in real-time, and either help or hinder fellow players.

The real-time companion application for web and mobile has been downloaded by more than 1,000,000 players. It created more engaged players who remained active over a longer period of time.