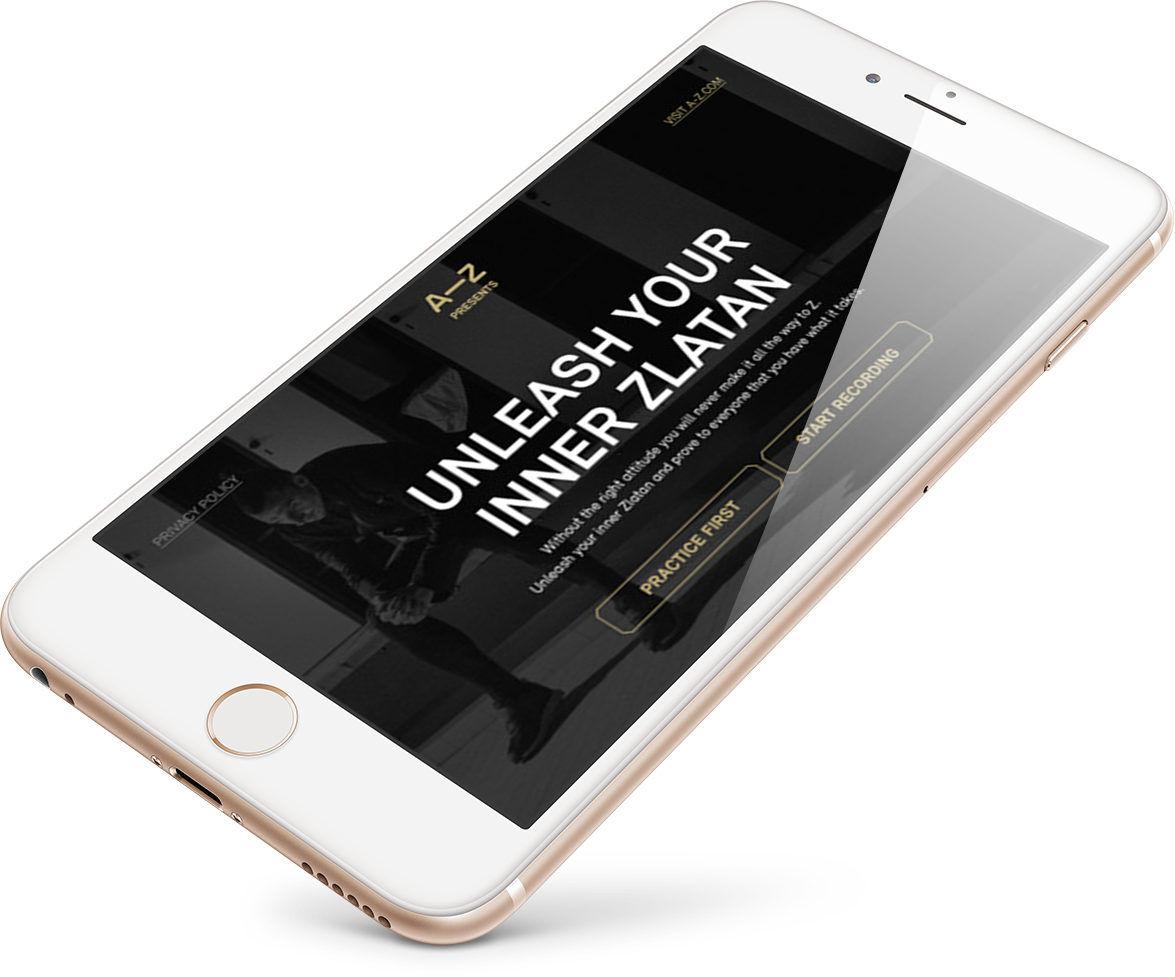 In 2016 Zlatan Ibrahimovic launched his new high profile sports brand, A—Z. Varvet played a part in the launch by building native mobile applications, for iOS and Android, that were introduced alongside the brand. The challenge was to create a platform from which Zlatan’s fans could engage and help spread the brand throughout Europe.

Varvet collaborated together with award winning ad agency Forsman & Bodenfors to develop two native mobile applications, one for iOS and one for Android. The focus was to create brand awareness in the initial stage of the launch and the solution provided was a mobile application in which fans can create and co-star in Zlatan’s commercials.

With its iOS and Android expertise, Varvet assisted Forsman & Bodenfors in developing native mobile applications using Swift and Java. The application was given the name “A—Z Inner Voice” and it let fans record themselves as a character in the A—Z movie and then easily share the result with friends.

By engaging Zlatan’s fans through the application and allowing them to work as ambassadeurs, Varvet helped create brand awareness through several channels in short time. The brand was successfully launched in eleven european countries and the mobile application has a rating of 4,6/5 on Google Play.