Higher-order functions is a concept that I found really interesting and took me some time to understand and utilise in a good way in production code. Hopefully I can help you with this process with this post.

Higher-order function is a fancy word for a simple concept: a function that takes a function as an argument, returns a function, or both.

A closure is a self-contained block of code that can be passed around. There is of course more to say about closures but the Swift programming language book describes it very well so I recommend to read about it there if you want to dive deeper.

In Swift functions are first class citizens, this means that Swift supports to pass functions as arguments, return functions and also to assign them to variables. Swift achieves this because a function in Swift is actually a kind of closure.

To put it (very) simple, you can treat functions as closures and closures are blocks of functionality that can capture and store references.

You have probably used higher-order functions without really thinking about it as many of the methods in Cocoa Touch utilise them to a great extent. You just need to look at UIViewController, URLSession, or UIView to find common examples of methods that take closures as arguments.

But we will now look a little closure at the more functional programming kind of higher-order functions defined in the Swift standard library.

There is a built-in init method for the array type that makes it easy to initiate an array with the help of a repeated value.

But you can also to initiate an array with different values based on context with help of map.

Let’s say you have an optional int.

You want to do some addition on that int.

This did not work as Int and Int? are not the same type. What needs to be done for this to work is to unwrap the Int? and then do the addition. Let’s try that!

That is a lot of code for a very simple thing. It works but it is a bit cumbersome. Map is also implemented on the optional type with the following documentation.

Evaluates the given closure when this Optional instance is not nil, passing the unwrapped value as a parameter.

So let’s see how that works in our favour.

$0 is a shorthand notation for the first input in a closure, $1 for the second and so on. I strongly recommend not using them except for very rare occasions when it is obvious what it represents.

This solution is a lot cleaner and in my opinion as clear or maybe even clearer than the other.

Flatmap is a lot like map but as the name suggest it also flattens the result. So if you have an arrays nested in another array and you use flatmap the result will be an array with all the combined values of the nested arrays.

This is of course very useful but flatmap can also be used to flatten away nil values. So if you have an array with optionals and you want to have a new array with non-optionals then flatmap is your friend!

Some of the examples in this post have been a bit ambiguous. Let’s look at an example that squares all values in an array and then try to improve it.

This is an easy example that can easily be understod by most Swift developers. It may not be obvious for anyone else like a Swift beginner or a developer unfamiliar with Swift. Let’s try and do something about that!

We stopped using Swifts shorthand syntax for closure arguments. This makes the code a little more readable but it contains unnecessary implementation details that we don’t care about. So let’s try to remove that and make this code more clear and reusable.

I said that functions are a kind of closure and why that is important is because you can actually pass a function to another function.

Let’s implement a function with a clear descriptive name and put the implementation there.

Now we can just tell the map method to use the square function on all the elements in the array.

So if you compare this version to the one at the start of this section I know which one I prefer.

Now that we know that you can pass a function or a closure to map (and other higher-order functions too of course) we can solve another problem in a very simple way. If we have an array with one type and we want to transform that to another type, let’s say an array of int to an array of strings one might to something like this.

I like this solution very much and you can always extend an exiting type with a custom init method if needed.

If you are using a fallible init (you know the ones that are defined with a question mark and returns an optional) you can use flatMap to filter out any nil value so you only get the values that succeeded.

Reduce is a very powerful function that is used if you have a collection and want to reduce it into a single value. In the example we have an array of ints and we want to do summation with all the values. Let’s again start with a naive approach.

This solution is of course an okay solution and simple to understand. There is a lot of noise and repetition in this code for such a simple thing and let’s try to make it simpler.

Why does this work? It works because operators in Swift are functions and like all functions they have arguments and return values and if these match what you need you can pass them in as a closure/function.

Make your own higher-order functions

A good starting point is to make simple functions that can help you make your map, filter, reduce, and sorted code even more clear and powerful.

Let’s try and solve a simple problem and start with a familiar solution. Let’s remove all words from an array that are not Cenny or Anna.

This solution is short and clear. It is not simple and it does not scale very well. What if we want to add another name that we want to filter out of the array?

This function may seem foreign at a first glance but let it sink in. The first line in the function is a return statement and the beginning of a closure, where the closure type is the same type that the filter function takes as argument. The two next lines are the real implementation where we check if we can find the words in the array and return true every time we find a match.

To use this function we simply call it like any other function and then we pass its return value to the filter function.

See how pretty, scalable, and readable this line of code became. Now we can just add another string separated by a comma and it will work. Compare this to the other solution where we have to add an `or´ operator and then check equality of the string.

Now that we know some different higher-order functions let’s put it all together and see how that works. First we will add another function that returns a function. This function will append a string to another string.

The higher-order functions we have used so far have always returned a result. This means that we can chain them together to make many incremental changes to an object very easy. Let’s filter out some names and then append an exclamation mark using the function we just declared.

If you were not convinced higher-order functions are an amazing thing I hope this blog post showed you how useful they can be in creating clean and clear code. I understand that this is a lot to swallow if you are new to the concept of higher-order functions but stay with it and it will become a very nice tool in your developer brains tool belt.

As with everything, higher-order functions are not a silver bullet but they’re very useful and powerful, so use them wisely. 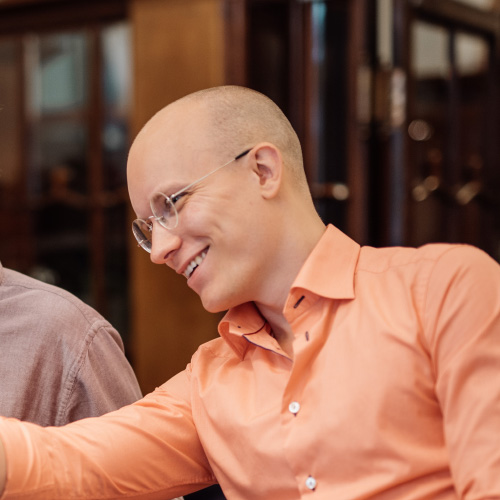