As developers, we’re pretty good problem solvers. We’re lucky enough to spend our workdays on challenging client projects that shape us into even better ones. Sometimes we use our spare time to solve problems that aren’t client projects, and once in awhile we manage to come across a problem for which a little bit of software can make a big difference in someone’s life. One such project is Kompis, and we would like to tell you a little bit about it and how it came to be.

When the refugee crisis started emerging in Europe in 2015, it put a lot of stress on the volunteer organizations that worked with refugees and integration in Sweden. Members of Ventures Helping Refugees at Chalmers University got in touch with local organizations and realized that many of the problems they faced could be solved by software. They ended up organizing a hackathon and let volunteer organizations suggest projects for participants to work at. The event was called Hack for Refugees and took place in December 2015.

Two of us at Varvet attended the hackathon and ended up working with a team on a project called Blending-Matching, with the rather vaguely defined purpose of connecting Swedish families with newly arrived families through a social media app. While hackathons are usually competitive, one-off brainstorming events, Hack for Refugees was aimed at commitment and networking, and while the app we built at the hackathon was a quick prototype it more importantly got us in touch with Jonathan at Duo Stockholm.

Duo Stockholm is a collaboration between Stockholm Stad and aid organization IM. They work with connecting newly arrived and established swedes, setting up meetings and facilitating their friendship. They strive towards increased understanding and a more open society through mutual cultural exchange.

A tool to keep track of matches

Jonathan at Duo Stockholm had found that while they had worked out a good process for matching people, they did not have the right tool for their work. At the time they were using Excel to keep track of participants and it required a lot of maintenance, which had ultimately put a cap on the number of applicants they could handle.

Through collaborating with Jonathan, us in the Blending-Matching team built a tool for handling matched pairs. It handles contact details, keeps track of important dates and sends out informational emails automatically. We designed and implemented the tool as a volunteer project. It is open source and hosted for free at Heroku. You can try out a sandbox version of it.

Kompis is a Ruby on Rails app. To set it up we used our admin framework for Rails, Godmin, which was released in 2015, and which we have used in a number of projects since then. Kompis makes good use of Godmin’s index pages with configurable filtering and sorting functions. The custom parts include background jobs for emails and functions for starting, stopping and marking the current status of matches.

The tool has been a success for IM. As they are starting to share their process for friendship matching to other organizations, the interest for the tool itself is starting to spread as well. We have already received a few requests. Are you interested in contributing to Kompis? Head over to its Github and get in touch! 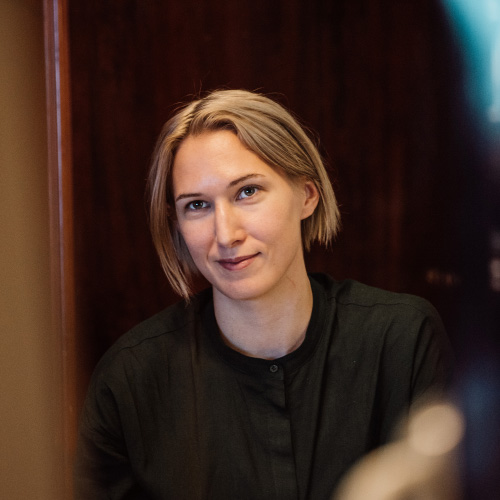