Therese Johansson and Julia Friberg study the last semester of the master program Interaction Design and Technologies at Chalmers. Therese works, outside of studying, as a designer at Varvet and has been for a year. Julia has just started an apprenticeship as a developer, also at Varvet. Now a master’s thesis is written about the collaboration between designers and developers, but that was not the plan from the beginning.

This master’s thesis started of as a wish from the designers at Varvet: to make it more convenient to share design material amongst designers within the team. Before developing a solution a user study was performed to verify this problem. The study resulted in a whole new problem area: the communication between designers and developers. More companies were included and the problem was confirmed over and over.

Today the pre study is set and a few problem areas have been identified which are presented below.

In a development team it is common to include a majority of developers and one or a few designers. In some teams these roles may overlap, as a developer with a feeling for design or as a designer who is capable of implementing their own design. There are teams with members that have these abilities, but where they never reach the surface to be discovered by the rest of the team. This problem may occur when designers and developers are locked inside their roles without questioning the borders between them. This separation between the roles will affect communication within the teams, thus resulting in two or more different processes within one single project. Another separation that also affects the communication is the one related to placement within the team. If a team is separated, even by a room, this will have negative effects on the communication.

Exchange of information between designers and developers.

When the designers and the developers get separated the process relies on the delivery of information between them rather than the collaboration. When this happens, important feedback from developers gets lost in the early design stages, such as important technical limitations. To not keep these limitations in mind during the entire design process may result in a work half done where the developers later on needs to make sacrifices on the design in favor of development. Here, the lacking of a designer’s input during the development may result in a product that is more of a compromise between design and technology.

Remote meetings are said to be more difficult to engage in than physical meetings. The participants of the study felt as if it was harder to raise a question when participating through video than it is when being present at the meeting.

The working process slows down by the lack of dialogue between team members. There is more pressure on the coworker who works off site to stay informed and to seek information. This can be a challenge since those engaging in physical communication seldom document their dialogues for others to read.

Nevertheless, when working remote, the focus while working increases because of the lack of interruptions and this was experienced as something positive. Also pauses came more naturally whenever they would fit the schedule instead of when everyone else wanted a break.

When working out of office, the communication goes from being verbal to being written. This will also affect the workflow.

Written communication on the other hand is preferred when information is to be delivered without disturbing the workflow of anyone else. Since this kind of communication does not depend on time and space, the person can decide on their own when to read and respond to the message.

When it comes to physical meetings, the attitude varies. Some experienced them as a problem where the employees get involved in too many meetings, thus stealing time from other important tasks to be performed. Others felt they contributed to better discussions and planning.

It was a remarkable amount of companies within the Gothenburg area who lacked a work process for their team. In some cases different processes were observed at the same company and in other cases none at all.

As you can see, there are many challenges while working in cross-functional teams with designers and developers, and this contributes to this subject being a hot topic.

Future work will include ideation and implementation in order to get closer to resolving these problems. Feel free to contact us if you have any insights at therese@varvet.com or julia.friberg@varvet.com. 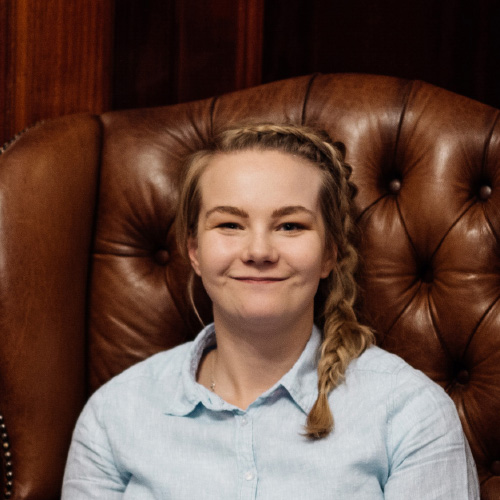